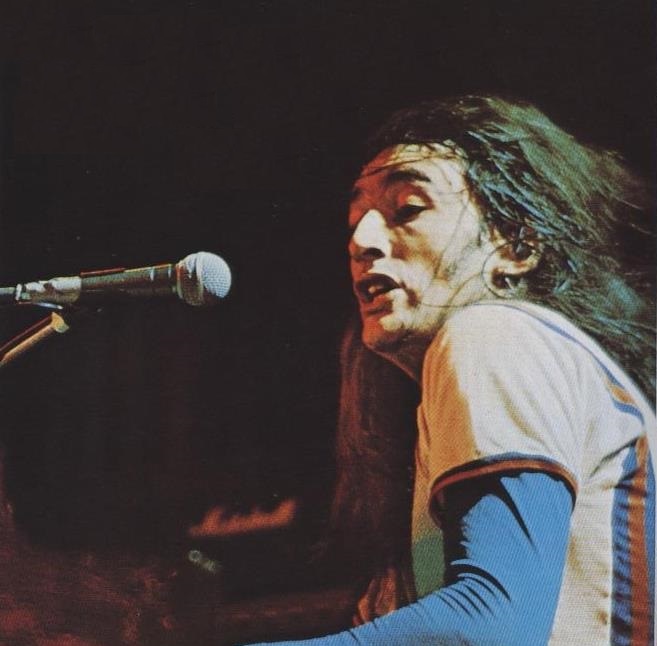 Because of the release of the Uriah Heep debut june 1970 is looked upon as the foundation date of the Hard Rock legend. This moment dates back now exactly 50 years. MAS takes that as a cause for a thoroughly look on one of the foundation fathers of Hard Rock. In this issue we will have not only an interview with Mick Box, the only foundation member being with the band until today. Moreover we have asked Ken Hensley for a talk, as someone who has formed the ways of the band in the first decade in a deciding way, in that decade that has seen the release of all the albums of the band that today are called classics.
And beginning in the next month we will have month by month reviews to all the Heep records which haven’t been reviewed in musikansich.de yet.

Norbert has caught Ken Hensley in his adopted home in Spain and has asked him mainly the same questions like Mick Box before.


You can read the interview with Ken Hensley in german translation too.

MAS: June 1970 `Very ‘eavy, very ‘umble´ was released. So this year is the 50th anniversary of Uriah Heep. I’m a fan since 1976. So I heard and read a lot of things about the band in the last nearly 45 years. I want to seize the chance of the anniversary to verify the truth of a few legends I heard.

MAS: The first thing I heard. A band called Spice entered the Lansdowne Studios to record just a few demos. Then one day Gery Bron entered the studio with a record contract in the hand and surprised the band by the announcement: “We won’t record demos. Here’s the contract for your first album.” Truth?

Ken Hensley: Not exactly. When I joined Spice, they were recording in a studio in London, but it wasn´t Lansdowne and, as far as I knew, they already had a contract. It was later in the life of Very ´eavy that we started recording at Landsdowne Studios in West London (near Holland Park in London; NvF).

MAS: You had joined the band shortly before and it was quite obvious that this will have a deep impact to the sound of the band. So the decision was made to change the name to Uriah Heep. Truth?

Ken Hensley: I believe the change of sound was Gerry´s main reason for wanting to change the name.

MAS: Why Uriah Heep? Who had the idea? The character created by Charles Dickens is nothing less than likeable or positive. Just the provocative attitude of a rock band?

Ken Hensley: It was Gerry´s idea, presented to us at rehearsals one day. It was the 100th anniversary of Dicken´s death (June 8th, 1870) and the name popped out of his TV screen. I never read Dickens so I had no idea who he was, although I subsequently found out the name appears in the Old Testament of The Bible. (Probably Ken refers to 2 Sam 11, the story of David and Bathseba. Uriah – but not Uriah Heep - is an officer in David’s army and Bathesba’s husband; NvF)

MAS: This negative character of Dickens’ Uriah Heep doesn’t fit so much to the lyrics of Heep. Would you agree?

Ken Hensley: Yes. But, as I said, I knew nothing about the character then and wouldn´t have cared much if I did.

MAS: Would you agree with the moment of the release of `Very eavy´ as the birthday of Heep? Or is there another moment better fitting?

Ken Hensley: Not really! It was the birth of an early version of the band, though the final line-up took a while longer to complete.

MAS: There are no credits to you on `Very eavy´. How strong was your influence to `Very eavy´?

Ken Hensley: I wrote quite a lot, but there were some legal issues around that at the time.

MAS: Then a deep cut. On `Salisbury´ you are writer or co-writer on all songs. The half of the songs is credited to you alone. Is the difference really that large?

Ken Hensley: Yes! I always wrote a lot (and I still do!) so, with space limited on vinyl, more of my songs usually made it onto Heep records.

MAS: What about your activities with the band as long as it was called Spice? Did you tour or record any longer time with them with their old material before the change of the name?

Ken Hensley: We recorded under that name but our first gigs were as Heep, with all original material.

MAS: Today – no question – Mick Box is Mr. Uriah Heep. In the 70ies the talk about Heep spoke about two “creative directors” – you and Dave Byron. Truth? How strong was the influence of Mick?

Ken Hensley: To be honest, this is a bit of an unnecessary question. Heep was a band. I wrote most of the songs and, as the singer/frontman, David brought them to life but it was still a band that needed all five people to get things done, at least in the early days.

MAS: Our last interview in april 2018 was about the re-release series started in fall 2016. At the end of the interview I asked you why there has been such a great break (one year) since the release of `Magician’s Birthday´. You had no answer at that moment. Nothing has happened since then. Do you know today why the series has been stopped and is there any outlook for an ongoing release?

Ken Hensley: Are you kidding me? A LOT has happened since then and is happening now. You need to search the BMG and Cherry Red archives to see just how much Heep/Hensley product is out there, with much more to come!
My new album, A Little closer won´t be released until 2021 though.

MAS: Ken, I thank you for the answers. We will celebrate the anniversary of Heep by doing reviews to all (12) Heep albums that hasn’t been reviewed in musikansich.de yet in a monthly rhythm. May I contact you again when we are as far to review Conquest to learn something about your departure then?

MAS: And now the last question for our info box. Where (in which town) did you answer the questions?

Ken Hensley: At home in Spain. We don´t live in a town, village or city!
God blesss
Ken